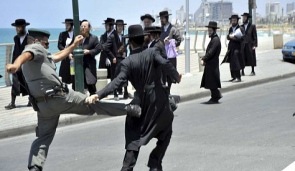 Leave a Comment
« Men and Sorrow » Priest as Protestant Pastor?