Enculturation can be a free-lance enterprise. In the 18th century, Catholic missionaries would circulate among the native peoples of far southern South America and get to a settlement perhaps once a year or less. One group of these peoples was the Mapuche. They liked baptism.

Since priests presented them with gifts on the occasion of baptism, Mapuche parents found it advantageous to have their children baptized repeatedly, and, with passage of time, Mapuches came to think of baptism as an admapu – an ancestral custom.

But the Mapuche, although they liked the gifts, felt sorry for the missionaries who had to make exhausting and dangerous journeys to baptize. One Mapuche came up with a solution:

he asked “if it would suffice to baptize their penises, then all of their future children would be baptized and with this they [the Franciscans] would not have to tire themselves in travelling to Indian lands every year to baptize the little ones.” (David Weber Bárbaros)

The Franciscans thought the Mapuches were “poorly instructed,” unlike, presumably, the Spanish who managed to incorporate aggressive war and slavery into their religious system (despite the efforts of King and Pope).

The Curse of Drink

Tony Hillerman, as much as he admired the Navajos, did not idealize them, and described the blight of alcohol among the Diné, the people. In The Ghostway Jim Chee reflects on a drunken woman who was lying in the road and was run over, and on the others like her. “In the milder seasons, they drank themselves to death in front of trucks on U.S. 666 or Navajo Route 1. Now, with the icy wind beginning to blow, they would drink themselves to death in frozen ditches.”

In 1745-6, David Brainerd, a Presbyterian minister, worked as a missionary among the Indians in New Jersey near the New York border. He discovered they seemed “to abhor even the christian name.” Brainerd explained why:

This aversion to Christianity arises partly from a view of the “immorality and vicious behavior of many who are called Christians.” They [the Indians] observe  that horrid wickedness in nominal Christians, which the light of nature condemns in themselves: and not having distinguishing views of things, are ready to look on all the white people alike, and to condemn the alike, for the abominable practices of some. – Hence, when I have attempted to treat with them about Christianity, they have frequently objected the scandalous practices of Christians.  They have observed to me, that the white people lie, defraud, steal and drink worse than the Indians; that they have taught the Indians these things, especially the latter of them; who before the coming of the English, knew of no such thing as strong drink: that the English have, by these means, made the quarrel and kill one another; and, in a word,  brought them to the practice of all those vices that now prevail among them. So that they have now vastly more miserable, than they were before the coming of the white people into the country. – These, and such like objections, they frequently make against Christianity, which are not easily answered to their satisfaction; many of them being facts too notoriously true.

David Courtwright in his book Violent Land: Single Men and Social Disorder from the Frontier to the Inner City claims that the Indians learned how to react to alcohol by observing how white people reacted. Unfortunately Indians did not see mature Frenchmen or Italians savoring a glass of wine, but young, adventurous, testosterone-driven males getting drunk and shooting up the town.

Among all the accusations made against the Spanish in their entrada into New Mexico, I do not remember reading that they introduced the natives denizens to drunkenness. They had wine and brandy; was it too rare to trade to the Indians, or did the Spanish, even on the frontier, not abuse alcohol as much as the English did?

(There is some evidence that before the Spanish arrived the Pueblo Indians may have made a weak beer by fermenting corn, but nothing conclusive and no traces in oral history of alcohol abuse in pre-contact times). 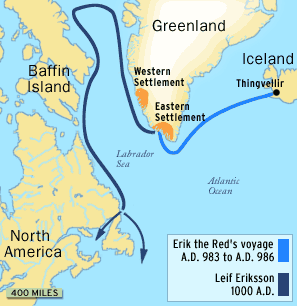