The Shepherds of Spain 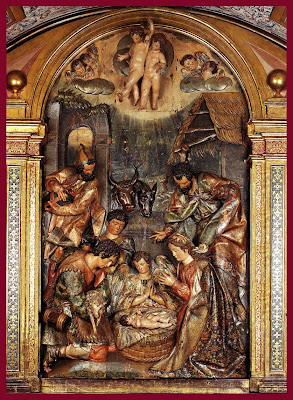 Unlike the other figures, the infant Jesus is naked, which emphasizes his full humanity and his vulnerability. He also is lying in the same position that he is shown in after the crucifixion when his body is lying on the stone of anointing.

The sacrifice is emphasized by the shepherd who is kneeling and offering a lamb to the Cordero de Dios.

The Counter-Reformation sought for a model of Christian manhood for the layman. Joseph is therefore shown as a vigorous, mature adult, not the wizened old man in the corners of medieval and Byzantine nativities. 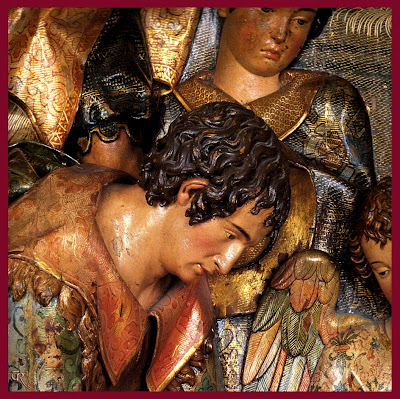 I especially like the shepherds. I saw many young men in Spain (I walked through Sarria on the Camino) who could have served as a model for the kneeling shepherd. 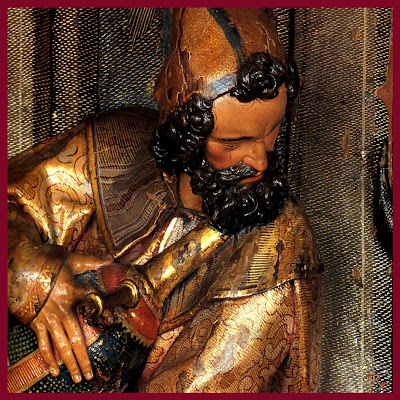 The baby is restless and playful. The reason he is not sleeping is shown by the shepherd who has just finished playing the gaita, the Galician bagpipe, and is looking at the Child to see how he reacts. Very few babies will sleep when a bagpipe is played in the immediate vicinity.