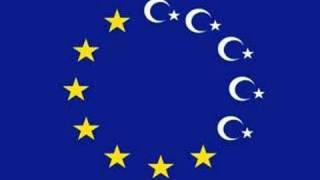 City of Brussels will ban Christmas trees out of fear of ‘offending Muslims’
BRUSSELS – Government officials announced this month that they would not be erecting the usual Christmas tree exhibit in the city centre due to worries over offending the local Muslim population.Brussels News reports that the city will replace both the tree and the Nativity scene this year with an “electronic winter tree.”

The 82 foot tall electronic sculpture will be built of a group of television screens, according to the blogger Brussels Expat, an Englishman who lives in the city. “During the daytime you can climb to the top of the tree where you will be able to enjoy a panoramic view of the city,” he wrote. “As soon as it becomes dark the tree turns into a spectacle of light and sound. Every ten minutes an amazing show will unfold.”

City councilwoman Bianca Debaets called it a “misplaced argument” over religious sensitivities that has moved the city to build the sculpture. “I suspect that the reference to the Christian religion was the decisive factor” in replacing the tree, she said. “For a lot of people who are not Christians, the tree there is offensive to them.”

The Right Perspective website reports that a 2008 study showed Muslims make up 25.5 per cent of the population of Brussels, 3.9 per cent of Flanders, and 4.0 per cent of Wallonia.

Two Muslims elected to the Brussels city council last month have vowed to turn Belgium into a Muslim state based on Islamic Shari’a law.