The Vatican and a Sicilian Fraternal Organization 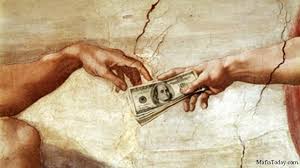 While I was researching my book on sexual abuse in the Church, I saw many indications that the abuse was intertwined with organized crime: drug dealing, prostitution of male teenagers, and money laundering.

Decades ago I read in Time magazine of a monastery in southern Italy which had been completely taken over by the Mafia. Mafia members had joined quietly and eventually expelled all the legitimate religious. The monastery became a center for cigarette smuggling. The Vatican Bank has a profitable sideline in money laundering, and Pope Francis wants it to stop.

An assistant prosecutor for the province of Reggio Calabria has warned that Pope Francis is becoming the target of Mafia ire, according to RNS, the Guardian, and other papers.

Nicola Gratteri, 55, a state prosecutor in the southern Italian region of Calabria, where the ‘Ndrangheta is most active, said the pope’s effort to reform the church is making the ‘Ndrangheta “very nervous.”

The Vatican bank has been very useful in money laundering. Gratteri explains:

“Those who have up until now profited from the influence and wealth drawn from the church are getting very nervous,” he added. “For many years, the mafia has laundered money and made investments with the complicity of the church. But now the pope is dismantling the poles of economic power in the Vatican, and that is dangerous.”

When prosecutors asked the Orthodox Jews of Murder Incorporated how they could reconcile killing and the Torah, the mobsters explained that business is business. The Italians have a similar attitude:

Gratteri said mobsters did not consider themselves wrongdoers, and used the example of a mafioso putting pressure on a business owner to pay protection money, first by shooting up his premises, then by kneecapping him. “If the person still refuses, the mobster is ‘forced’ to kill him. If you have no choice, you are not committing a sin.”

The mobsters are uniformly pious (superstitious?)

“A gunman from the ‘Ndrangheta will pray and kiss his rosary before shooting someone,” said Gratteri.

Gratteri attacked priests and bishops in southern Italy who legitimise mobsters. “Priests continuously visit the houses of bosses for coffee, which gives the bosses strength and popular legitimacy,” he said.

The Bank of Italy estimates the criminal activity (drug dealing, extortion, illegal disposal of toxic chemicals, corrupt public contracts) accounts for 10% of the Italian Gross Domestic Product. The criminal organizations have taken their profits and invested them in legitimate businesses, and therefore control perhaps 25% of the Italian economy.

Francis has a nice papacy; it would be a shame if anything happened to it. I am sure many Italians bishops are trying to explain this to the Argentine. Another papal election would be very inconvenient. 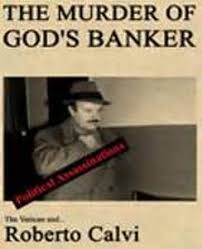 Add (Thanks to comments)

And the case of Emanuela Orlandi

These criminal organizations are not nice people. They specialize in extortion. If someone balks at helping them, a child may disappear. Or it may become known which priests-bishops-cardinals  have have Mafia-supplied boys in the beds at night. Corruption is like cancer. It spreads, and is often fatal.

Leave a Comment
« Doomed to Fatness » Who Will Guard the Guardians?