This Is Supposed To Be Comforting 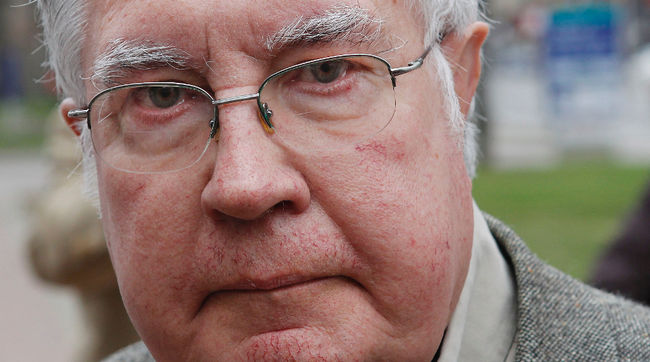 Disgraced former Roman Catholic bishop Raymond Lahey is not a pedophile and does not pose a risk to the community, his lawyers argued at his sentencing hearing Monday.

Lahey, 71, former head of the diocese of Antigonish, N.S., pleaded guilty earlier this year to possession of child pornography for the purposes of importation to Canada.

Bradford said Lahey is not a pedophile and presents virtually no risk to commit a hands-on sexual offence.

Bradford said Lahey has a homosexual interest in adolescent males — aged 14 to 17 — and young men, as well as sadomasochistic interests.

But, he said, a pedophile is someone who is attracted to children under age 13 for more than six months.

“I evaluated him for pedophilia and I don’t think he has it,” said Bradford about the psychiatric disorder.

We can’t always get saints as bishops, but couldn’t they get someone of slightly higher caliber than this man. Is it just possible that the Vatican’s screening methods need some work?