Westerners tend to be individualistic. In one of Tony Hillerman’s novels, the Navajo Jim Chee is talking to a new Anglo girlfriend. She asks him to tell her about himself. He describes his clan and family relationships. She replies, no tell me about yourself. He replies, I just have.

Individuals in the western world are indeed more likely to view themselves as free, autonomous and unique individuals, possessing a set of fixed characteristics. But in many other parts of the world, people describe themselves primarily as a part of different social relationships and strongly connected with others. This is more prevalent in Asia, Africa and Latin America. These differences are pervasive, and have been linked to differences in social relationships, motivation and upbringing.

This difference in self-construal has even been demonstrated at the brain level. In a brain-scanning study (fMRI), Chinese and American participants were shown different adjectives and were asked how well these traits represented themselves. They were also asked to think about how well they represented their mother (the mothers were not in the study), while being scanned.

In American participants, there was a clear difference in brain responses between thinking about the self and the mother in the “medial prefrontal cortex”, which is a region of the brain typically associated with self presentations. However, in Chinese participants there was little or no difference between self and mother, suggesting that the self-presentation shared a large overlap with the presentation of the close relative.

Russians, from what I have read, tend to think of themselves more as a member of a group than an autonomous individual, which in part explain their different approach to politics and perhaps their support of Putin.

The hiatus in my blogging was the result of my trip to Utah and New Mexico.

I camped in Chaco Canyon, which is still isolated (30 miles down a corrugated dirt road and across several washes). The ruins are still impressive, and arouse in everyone the questions — why here? And why did everyone leave?

Archæoastronomers have found strong evidence that the Anasazi (the term I still like) had a complex calendar. Not only did they calculate the solstice and equinoxes, they (unlike the Mayans) calculated the 18.6 year cycle of the lunar standstill. Each building, and the whole complex of buildings and roads that fills the San Juan basin, an area bigger than Portugal, seem to be aligned with both lunar and solar movements.

In 1977 Anna Sofaer discovered the sun dagger on Fajada Butte. At the solstice light from between two slabs forms a dagger in the center of a 19 revolution spiral, and equinox and lunar movements are also marked by movements of light on this and other spirals. 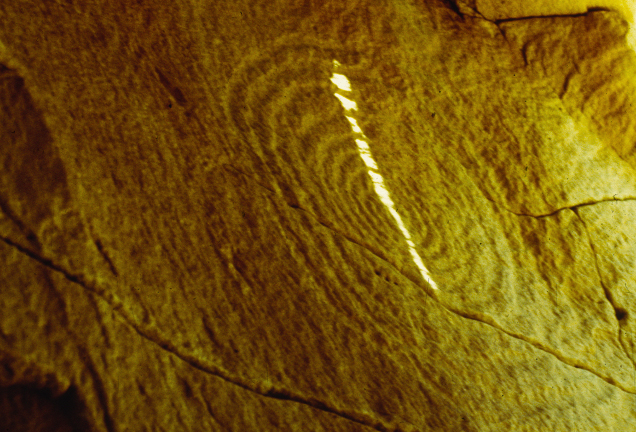 The Anasazi seemed to have reproduced on earth the order of the heavens and to have constructed the Center Place that the Hopis sought in their many wanderings. The people of Chaco scattered, and some joined the Navajos. They brought with them the construction of houses and pottery. But later, when the Spanish tried to subdue the Navajos, the Navajos gave up living in houses and making pottery and became complete nomads, to avoid being enslaved again.

Somehow the resemblance to the history of finance capitalism (and the stock market is a great gamble) is altogether too striking.

There Are More Things in Heaven and Earth

Arturo Vasquez over at the ever-fascinating Reditus spends a great deal of time, perhaps a little too much, in the curious corners of Catholicism, or perhaps semi-Catholicism: the bandit saints, popularly-canonized dogs, curanderos, Hermeticism, etc. I love it. He posited one explanation for his identity:

3. Arturo Vasquez is a witch: We are surprised that people don’t make this accusation more often, because this is the one that would stick the best. “Behind all of his piety, and pretensions of traditionalism, Arturo uses his large basement for spells and other dark works. That is why he posts all of those questionable prayers, pictures of folk saints, and essays on Renaissance magic on his blog: to promote his business as a Tarot card reader and curandero.” “Yeah, I’ve seen him. Arturo was hustling on a street corner and offered to read my palm and put a curse on my ex-boyfriend for dumping me for my best friend.” “Arturo said he would cure my kid of the evil eye but instead made his skin turn purple. And the poor child can’t stop singing Prince songs.” “Arturo turned half of the members of the Ladies Altar Guild Wiccan.” And so forth. If there was still an Inquisition, he would be the first burned at the stake if his critics were Dominicans with a huge axe to grind.

Dwight Longenecker, Anglican-turned-Catholic, would seem to be at the opposite pole from Vasquez, but he comments upon modern liberal religion:

Religion, if it is religion at all, is surely about man’s commerce with the supernatural realm. In this sense Paganism is a real religion. A priest sacrificing chickens or virgins to a monstrous deity in hope of supernatural protection and power is what I call religion. An animist, high on the fermented juice of the tropical tree, dancing around the campfire and cutting himself to satisfy the spirit of the river is a real religion. So is a Buddhist monk sitting in a snowdrift in his underpants humming his mantra and transcending the cold. For that matter, even the Mormon baptizing someone for the dead or a televangelist praying down the Holy Spirit fire to heal, mightily heal is practicing real religion. It may be a false or misguided religion, but at least it is religion.

All of this is in contrast to the milk and water that much of mainstream modern Christianity has become in most Western cultures. There is no religion there because the modernists no longer believe in the supernatural.

When I was a guest of the Hopis, it was clear they really believe in the kachinas, the spirits that mediate between us and the Creator. They hope to become a kachina when they die and bring God’s blessings, especially rain, to their people.

Some say the American South is, or at least used to be, not exactly God-centered, but God-haunted. For me, and for many, the American Southwest is spirit-haunted. The veil between this world and the next is very thin in the desert. And the Hopis and the Navajos and the others know that the spirits are not effeminate semi-males with wings, but fearful, even when they are friendly.